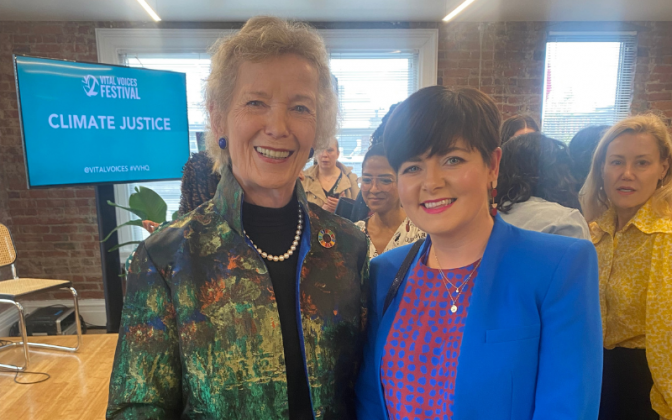 The culmination of a 24 year vision, and many years of hard work by the Vital Voices Global Partnership, ciara joined a three-day festival to celebrate the opening of the world’s first Embassy for Women.

The Vital Voices Global Headquarters for Women’s Leadership is strategically situated just minutes from Black Lives Matter Plaza, The White House and within DC’s new “Equality Corridor.” The building’s location was carefully decided, aiming to serve as a gathering place for local and visiting women’s organisations to convene, innovate, plan and act – all in the pursuit of tackling the world’s greatest challenges. 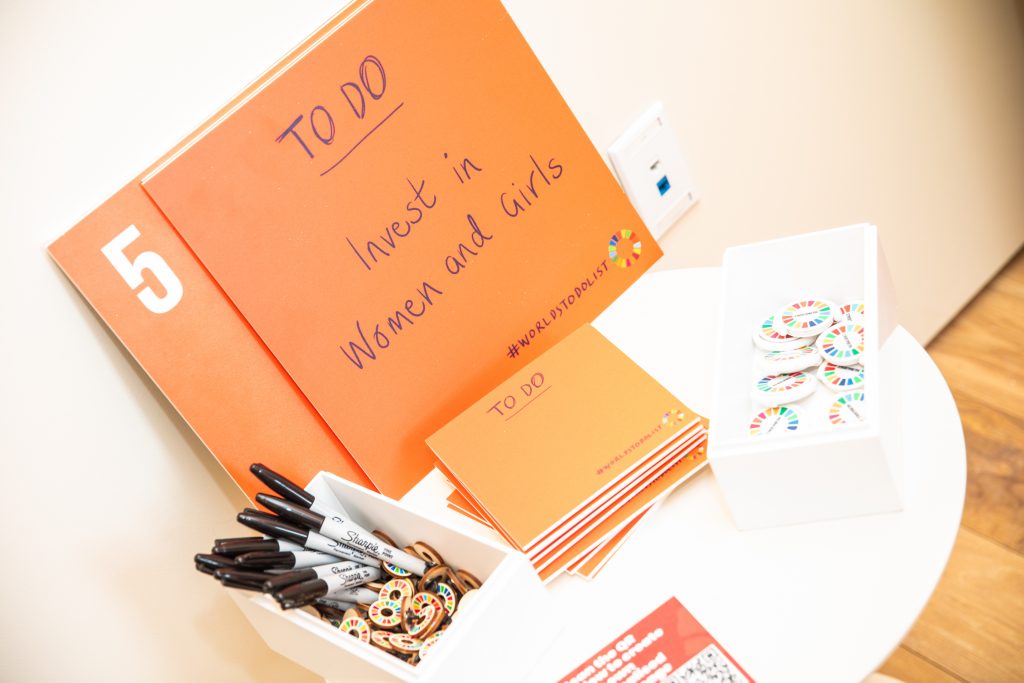 In serving as the home of the Vital Voices Global Support Team and its Global Network of Women Leaders, the non-profit has been bringing women together for over 20 years providing space to discover natural synergies and interact in a safe, inclusive environment.  Sparks of creativity, trust built and bold ideas imagined, these gatherings and ideas have turned into collective action and a shared vision for good. 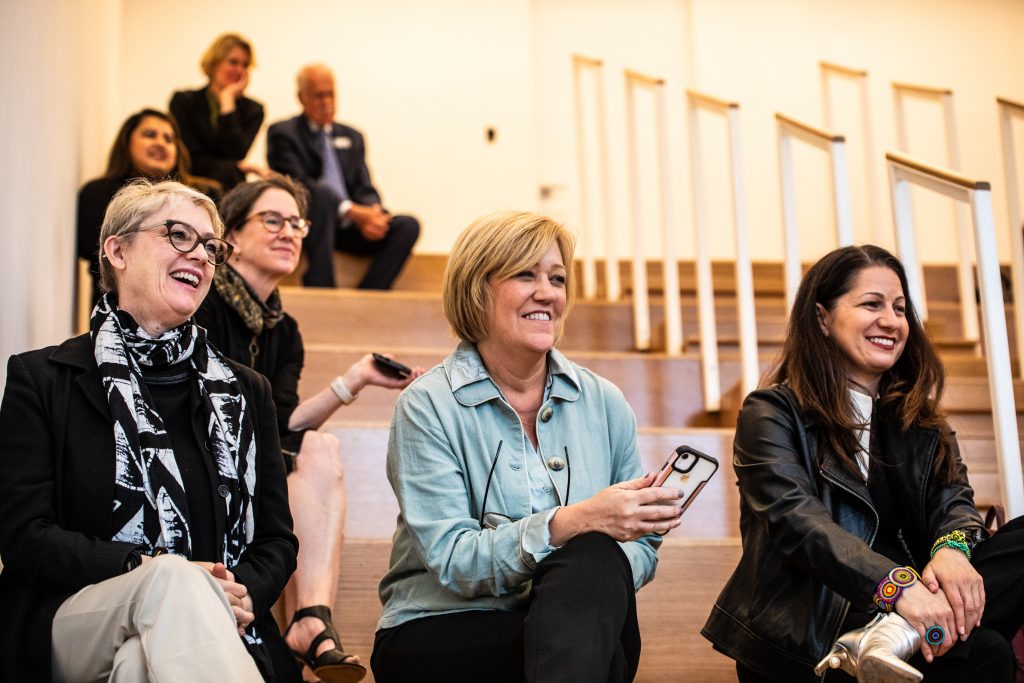 Vital Voices Global Partnership is an international organisation that invests in women leaders who are creating an impact across many global challenges, from gender-based violence to the climate crisis, economic inequities, and much more.

The foundation’s team sees themselves as “venture catalysts,” identifying leaders with a vision for change and partnering with them to make that vision a reality.  Providing connections, increased capacity, a network of peers, financial support, skills training, and visibility, they take a wholistic approach to investing. 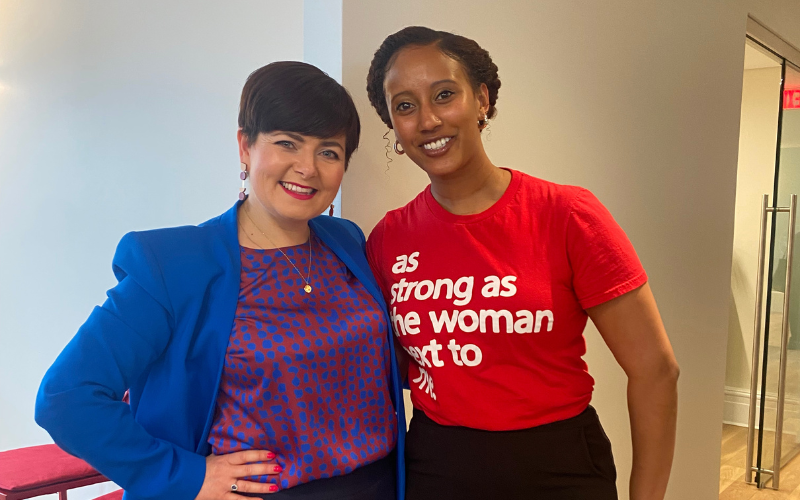 To date, investment has been made in more than 20,000 change-makers across 184 countries and territories – leaders who went on to become Nobel Peace Prize Laureates, Prime Ministers, innovators, human rights defenders, and social entrepreneurs.

The initiative was started in 1997 by Former US Secretary of State Madeleine Albright and Secretary Hilary Clinton, Former US First Lady and Former US Secretary of State, who attended the festival’s opening panel. The weekend was packed full of incredible women leaders such as Diane von Furstenberg, Chairwoman, Diane von Furstenberg Studio, Amira Yahyaoui, Founder and CEO of MOS, Former President of Ireland and former UN High Commissioner for Human Rights, Mary Robinson and many, many more.

The Power of Mentoring 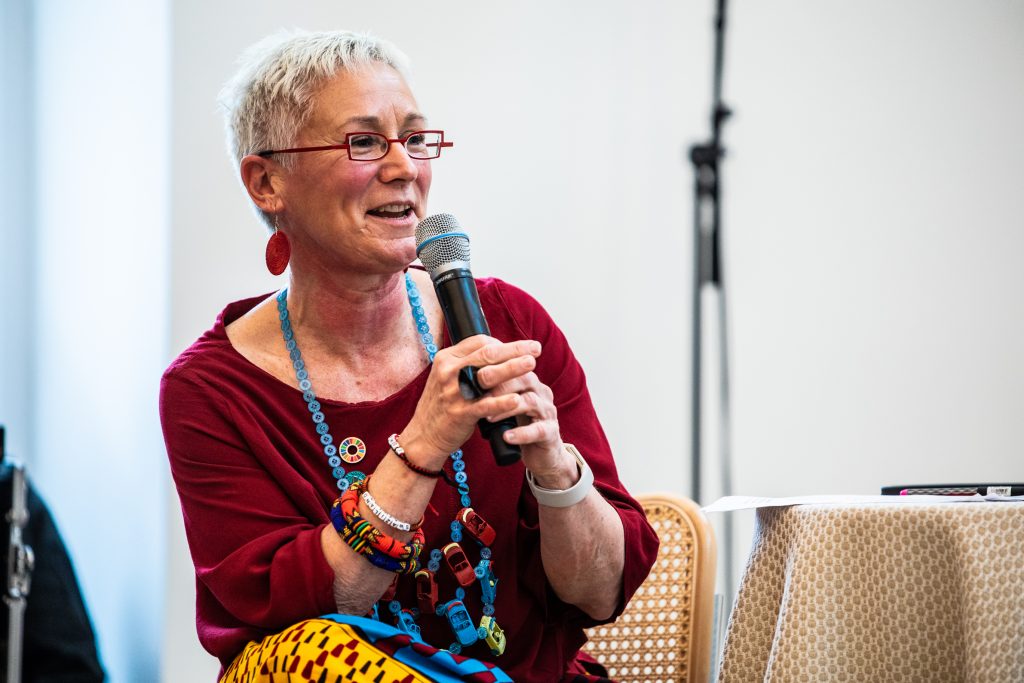 Joining Ciara on the panel was Jennifer M Sloan, VP of Public Policy at MasterCard Canada, who chairs a number of boards including Canadian American Business Council (CABC) Board of Directors and  Rehmah Kasule, Thought Leader in Gender & Strategy and Founder at CEDA International Rwanda. 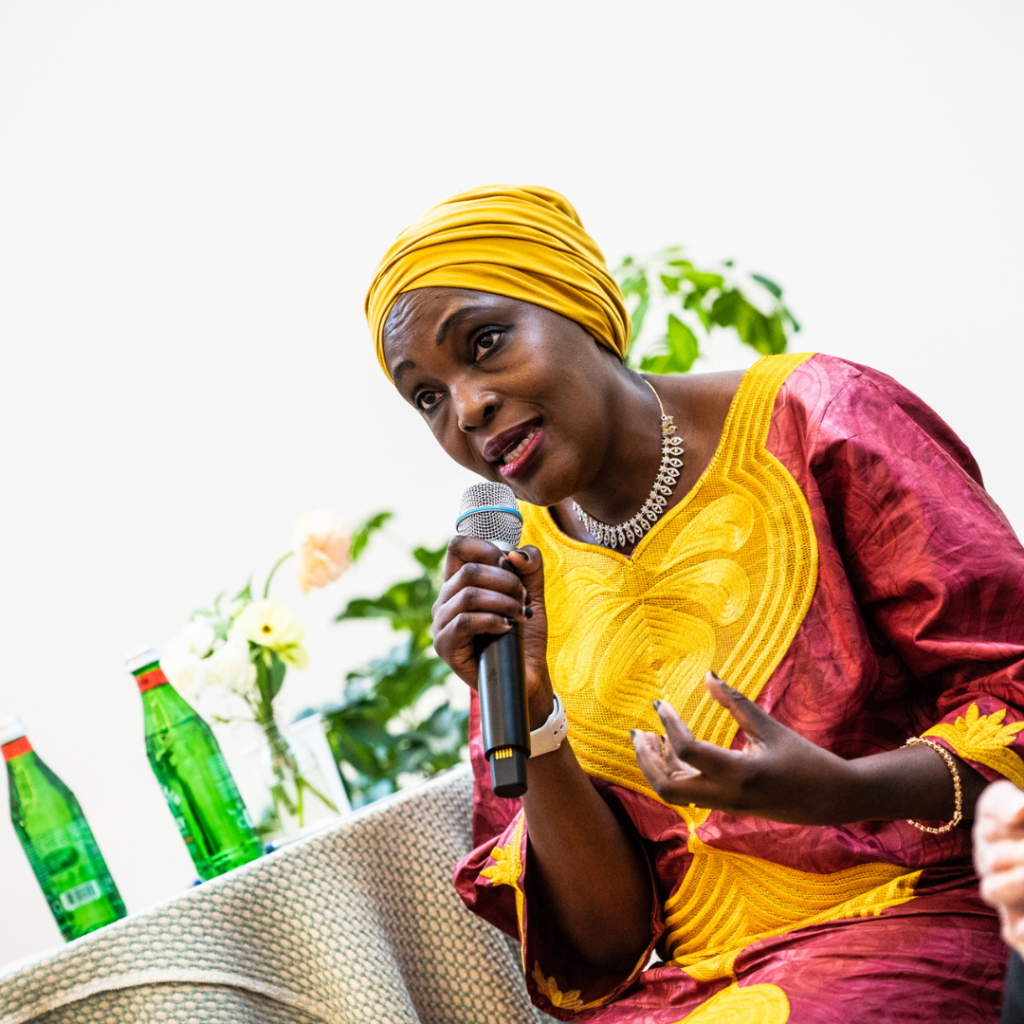 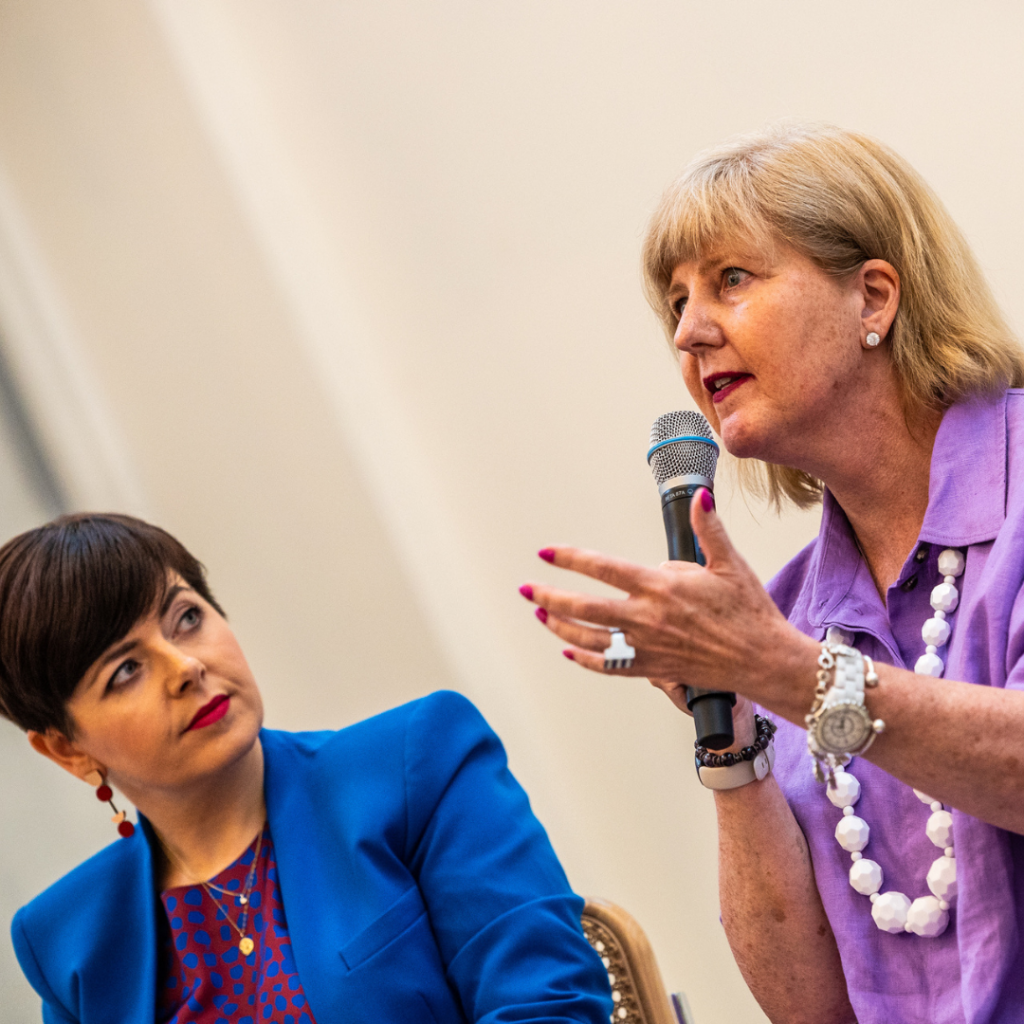 Also on the panel were, Geraldine Laybourne Serial Entrepreneur and Vice Chair of the Vital Voices Board, Former President at NIickelodeon and Internationally acclaimed DJ Michelle Pesce Founder/CEO of the artist agency, nona entertainment and a Co-Founder of woman. collective. 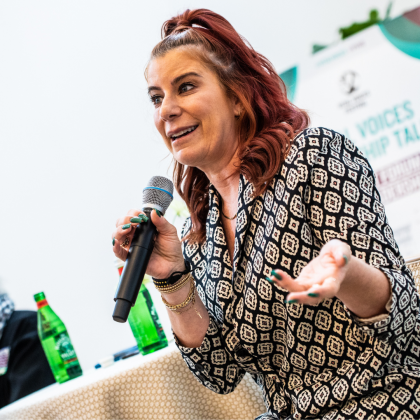 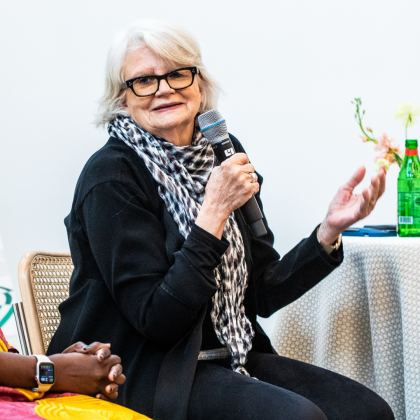 This was Ciara’s first state-side speaking engagement and since being selected for the foundation’s Global Ambassadors Programme in 2018, she is pioneering Boys4Better, a social enterprise to raise the next generation of allies through empowerment and education of boys aged 7-14. 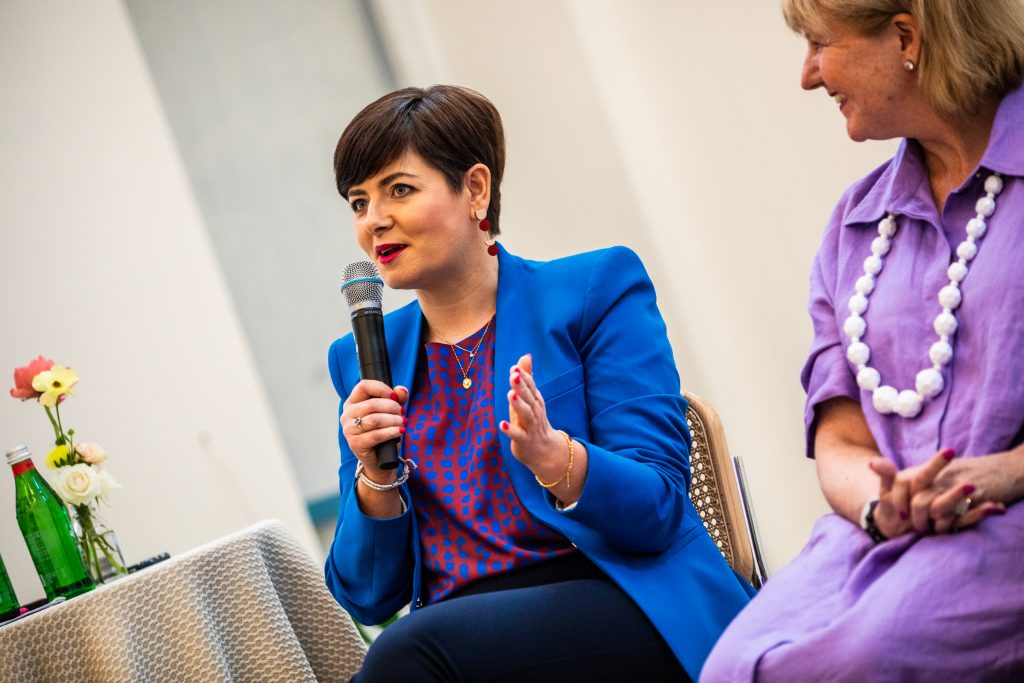